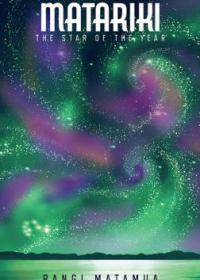 NPM Principal Investigator, Fulbright-NPM Scholar and project leader on the NPM research project Ringihia i te ketenui a Tane: The language of the Stars, Associate Professor Rangi Matamua (Tūhoe), University of Waikato - has continued his innovative work into Māori Astronomy with the recently launched book Matariki - The Star of the Year.

The template for this publication was a 400 page manuscript written early last century by Dr Matamua's tīpuna, Te Kokau Himiona Te Pikikotuku and Rawiri Te Kokau of Ruatahuna, who were among the informants for ethnologist Elsdon Best's early publication Astronomical Knowledge of the Māori.

Rangi inherited the original document from his father 20 years ago and has spent the past five years researching the mātauranga behind the manuscript, learning from the teachings of other iwi, and then drawing on his experience and expertise in Indigenous and traditional western astronomy to compile the book.

Based on research and interviews with Māori experts, Matariki - The Star of the Year explores what Matariki was in a traditional sense, so it can be better understood and celebrated in our modern society.

In a recent interview with Māori Television, Rangi said he has a vision that he hopes will attract and educate Māori youth and those passionate about astronomy and the knowledge and wisdom embedded within the stars.

“I want to set up a Māori observatory. The idea is that it will be similar to the traditional observatories while incorporating knowledge from the modern world.”

Matariki - The Star of the Year is the first in a series of books Rangi will produce on Māori astronomy for Huia Publishers. More details on the book can be found on the Huia Publishers website here.