Cindy Kiro (Ngāpuhi, Ngāti Kahu, Ngāti Hine) is a long time NPM researcher and supporter, contributing at various levels to NPM over the years. Her recent focus at the University of Auckland has been on developing a positive Māori profile and a Te Reo Māori Strategy within and for the university as well as helping develop Māori programmes in liaison with the Vice-Chancellor, Māori staff, students and the community.

Commenting on her appointment Professor Kiro said that now is "the time for staged, considered advice about science, research, mātauranga and rangahau" and that she is "excited to see how that knowledge can be used to better inform what we do and to inform the public.”

NPM's congratulations go to Professor Kiro in her new role. We are all very excited to see what she will bring to the organisation as the latest in a long line of influential Royal Society Te Apārangi leaders.

Also of note is the appointment last week of two long time contributors to NPM as Ngā Takahoa a Te Apārangi Companions of Royal Society Te Apārangi. NPM Tohunga and Researcher Dr Tā Tīmoti Kāretu was recognised by the Society for his supreme efforts in revitalising te reo Māori. At the same time an early leader of NPM, Rauru Kirikiri was recognised by Te Apārangi for his groundbreaking work in embedding mātauranga Māori into science across Crown Research Institutes and universities, and for bringing te ao Māori perspectives into tertiary education and beyond. 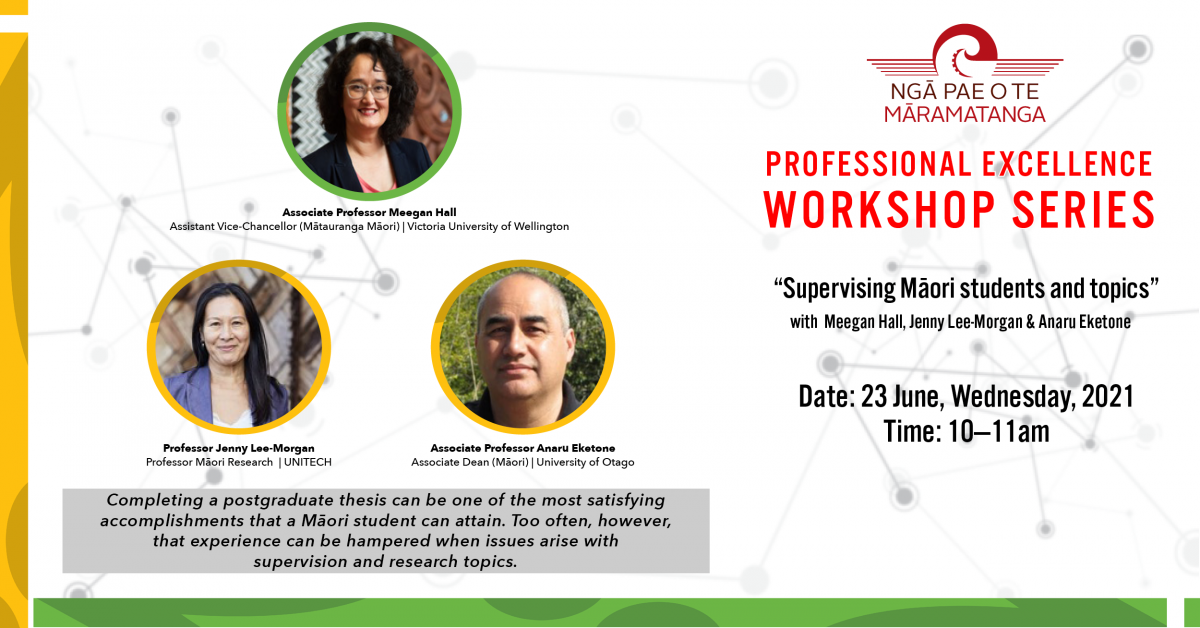 REGISTER HERE FOR THE WEBINAR 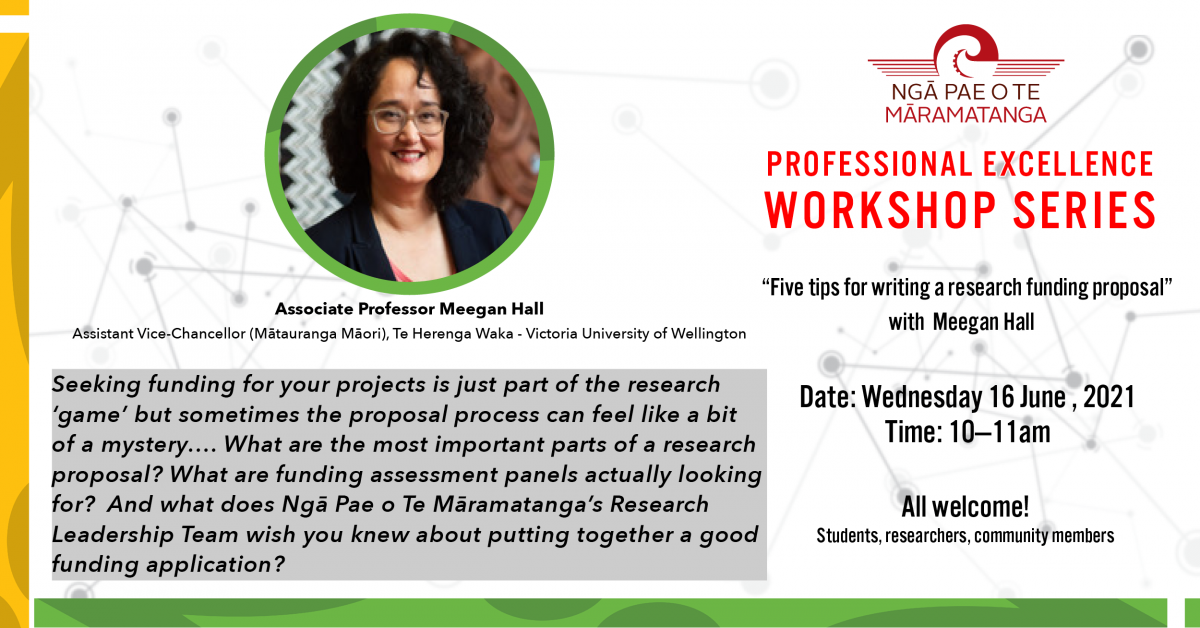 In this online workshop, we’ll share five key things that you can do to make sure your next application for research funding is compelling and polished – and stands out for all of the right reasons!

In this online workshop, we’ll work through the sections of the New Zealand RS&T Curriculum Vitae Template and focus on what you can do to make sure your CV is complete and polished. 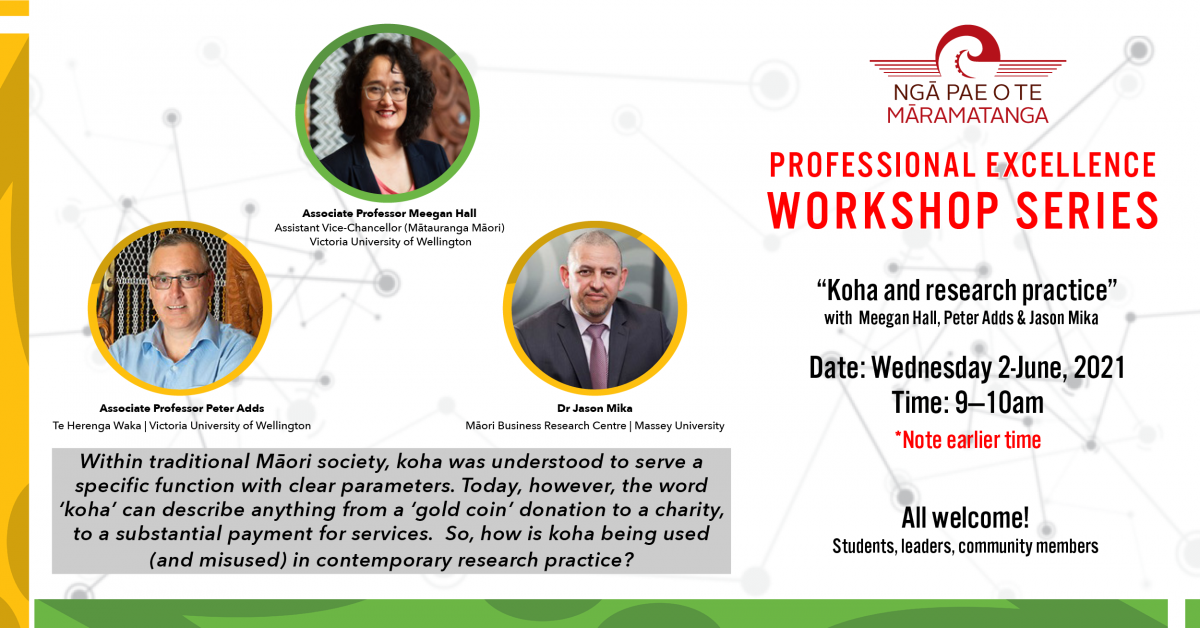 NPM PROFESSIONAL EXCELLENCE WORKSHOP | "How to review and be reviewed"

WATCH HERE | "How to review and be reviewed" 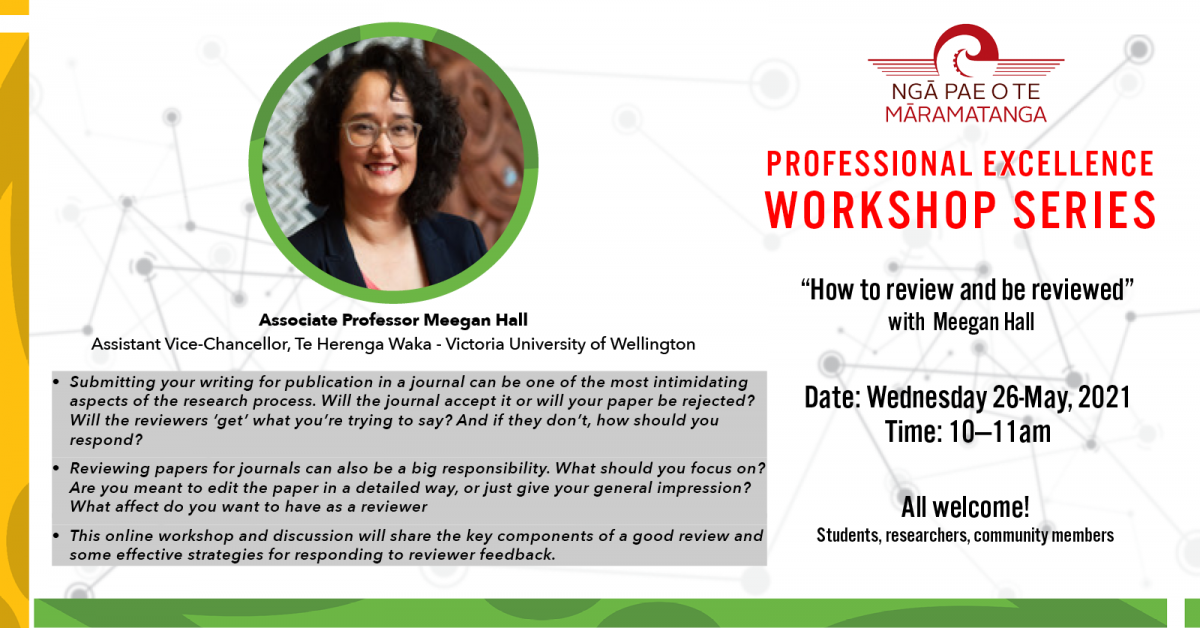